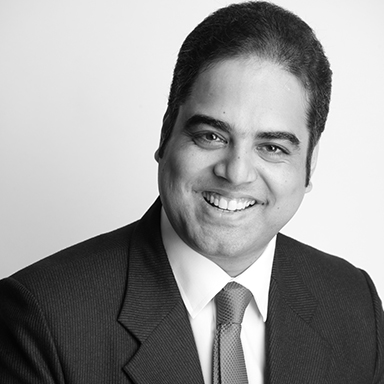 Vineet is the Founder & CEO of the Magnon Group

Under Vineet's leadership, Magnon has charted a stellar course. First, it emerged as one of India’s largest digital agencies within a decade of its inception. Then in 2012, the company became a part of the Fortune 200 Omnicom network (NYSE: OMC).

Today, Magnon is one of India's most respected marketing performance companies, with industry-leading creative production, advertising, digital and martech capabilities. Vineet has been at the helm of the agency for over 20 years.

Ranked among the 100 Most Influential People in India's Digital Ecosystem, he has won several awards including the Asia Pacific Entrepreneurship Award 2011, the CNBC TV Mercedes Benz Young Turks Award 2012 and the Entrepreneur of the Year Award 2016.

Author of eight best-selling novels and business books, Vineet has an honours degree in Economics from Delhi University, and an MBA with triple specialisation in Marketing, Finance & IT.

He is an avid gamer, a bonfire guitarist and a road-trip junkie.